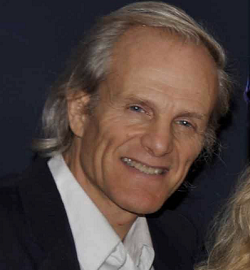 Alan Steinfeld is a writer, producer and speaker in the fields of human potential, metaphysics, conscious evolution, healing, creativity, spiritual awakening and cosmic intelligences. He is also the host and director of the prime-time television program, New Realities, for Time Warner cable in New York City. For over 20 years he has brought cutting-edge ideas in science, health and spiritually to his audiences. He has interviewed over 3,000 of the most influential people in the world. Twelve million people have seen his New Realities videos on his YouTube channel. His New Realities radio shows and podcasts can be heard on iTunes, BBSradio and KYAK-FM in Oregon. He is Vice President of The Association of Psychotherapy and Spirituality; and the representative to the United Nations for The Academy for Future Science. He is the producer on two feature documentaries on the subject: The Hidden Hand directed by James Carmen and Calling All Earthlings by Jonathan Berman.