By The Open Center

Women’s History Month began as a one-day celebration on February 28, 1909. Born out of the labor movement, and with its origins rooted in the heart of New York City, the first National Woman’s Day honored the 1908 garment workers’ strike in which thousands of women marched across Manhattan demanding equal pay and safe working conditions (www.un.org). The concept of a woman’s day grew in popularity and spread throughout Europe and in 1913, March 8th was declared International Women’s Day.

In 1980, President Jimmy Carter declared the week of March 8th as National Women’s History Week, stating in his presidential proclamation:

“From the first settlers who came to our shores, from the first American Indian families who befriended them, men and women have worked together to build this Nation. Too often, the women were unsung and sometimes their contributions went unnoticed…Understanding the true history of our country will help us to comprehend the need for full equality under the law for all our people.” (nationalwomenshistoryalliance.org)

The purpose of Women’s History Month is to celebrate and amplify the significant impact women have made in shaping human history. It raises awareness about women’s equality and commemorates the significant milestones made towards advancing the rights of all women everywhere. To do this in just one month is not only an impossible task, but it diminishes the significant roles women have held throughout all of history. And so, as we head into Women’s History Month, we recognize this as a mere starting point. After all, as a holistic center, we know we are the sum of all parts and it is the work of the collective that shapes our past, present and future.

Join us  as we honor the ongoing accomplishments and legacies of women. From those who have paved the way by fighting the patriarchy and shattering glass ceilings to shining a light on the contributions of a new generation of female movers and shakers who are standing on the shoulders of all the sung and the unsung female heroes who came before them. 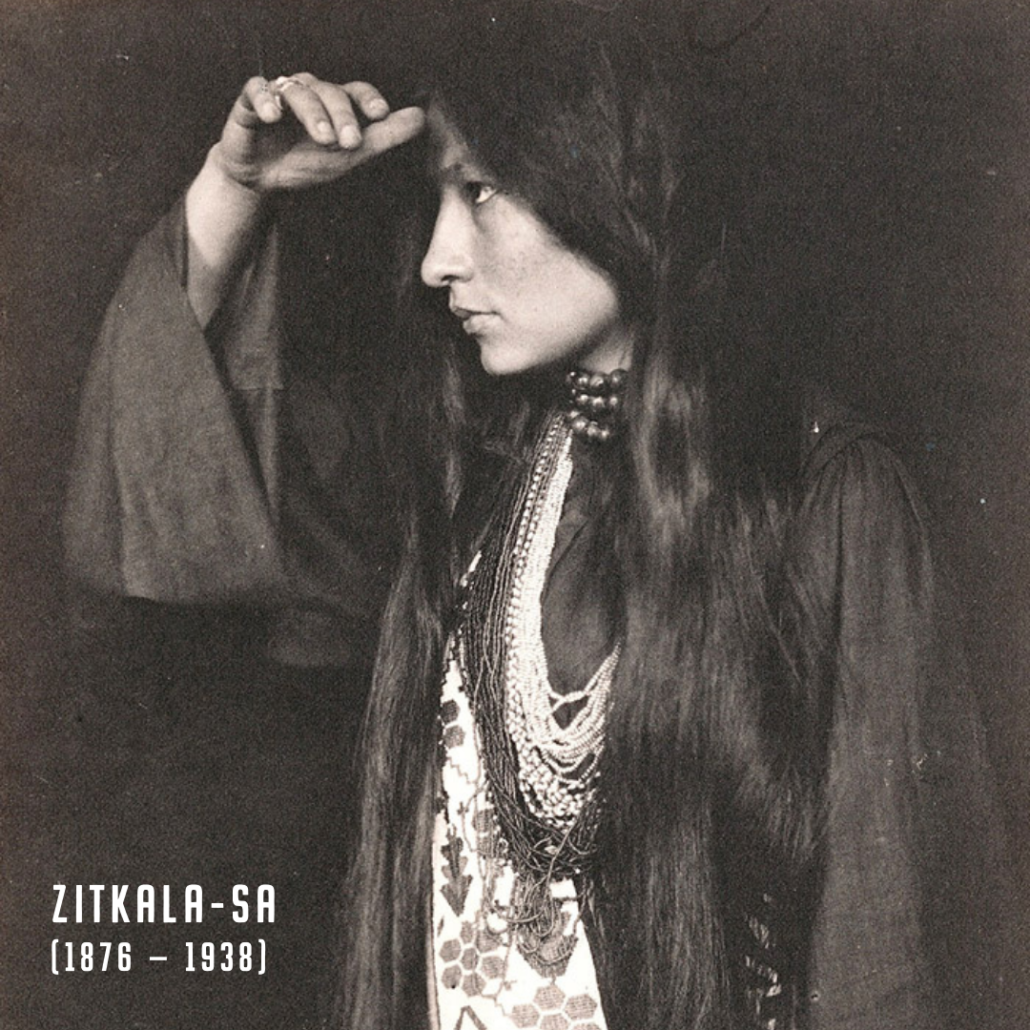 Zitkala-Sa (1876–1938): A member of the Yankton Dakota Sioux, Zitkala-Sa was a writer and reformer who worked to preserve Native American culture and advocate for their rights. In addition to publishing an anthology of Dakota stories, Old Indian Legends in 1911, she wrote the first Native American opera, The Sun Dance, in 1913. In 1926, she founded the National Council of American Indians where she advocated for citizenship rights, better educational opportunities, improved health care and cultural recognition and preservation. 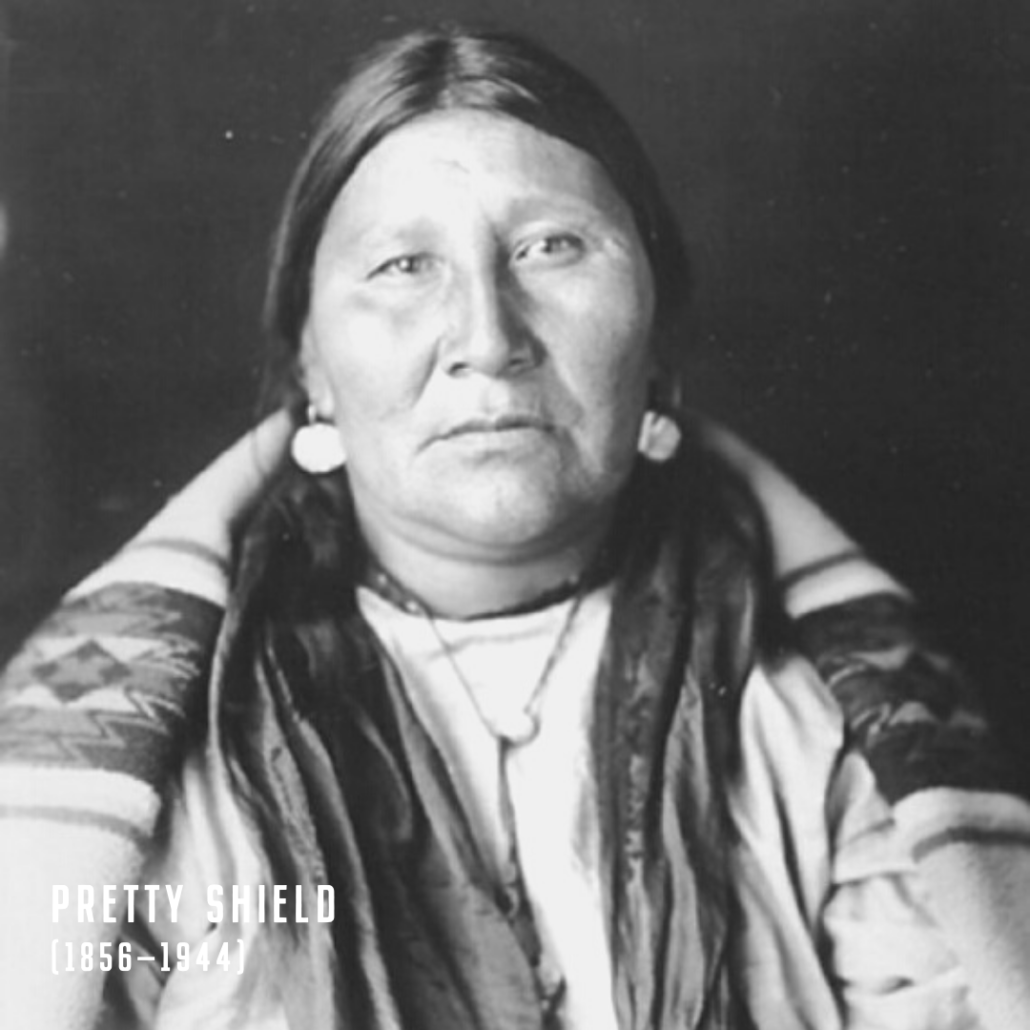 Pretty Shield (1856–1944) was a medicine woman of the Crow Nation who treated tribal illnesses with medicinal plants. Her biography was written by Frank B. Linderman, who interviewed her using an interpreter and sign language. She recounts her life on the Plains, bringing to life the lives, responsibilities and aspirations of Crow women. 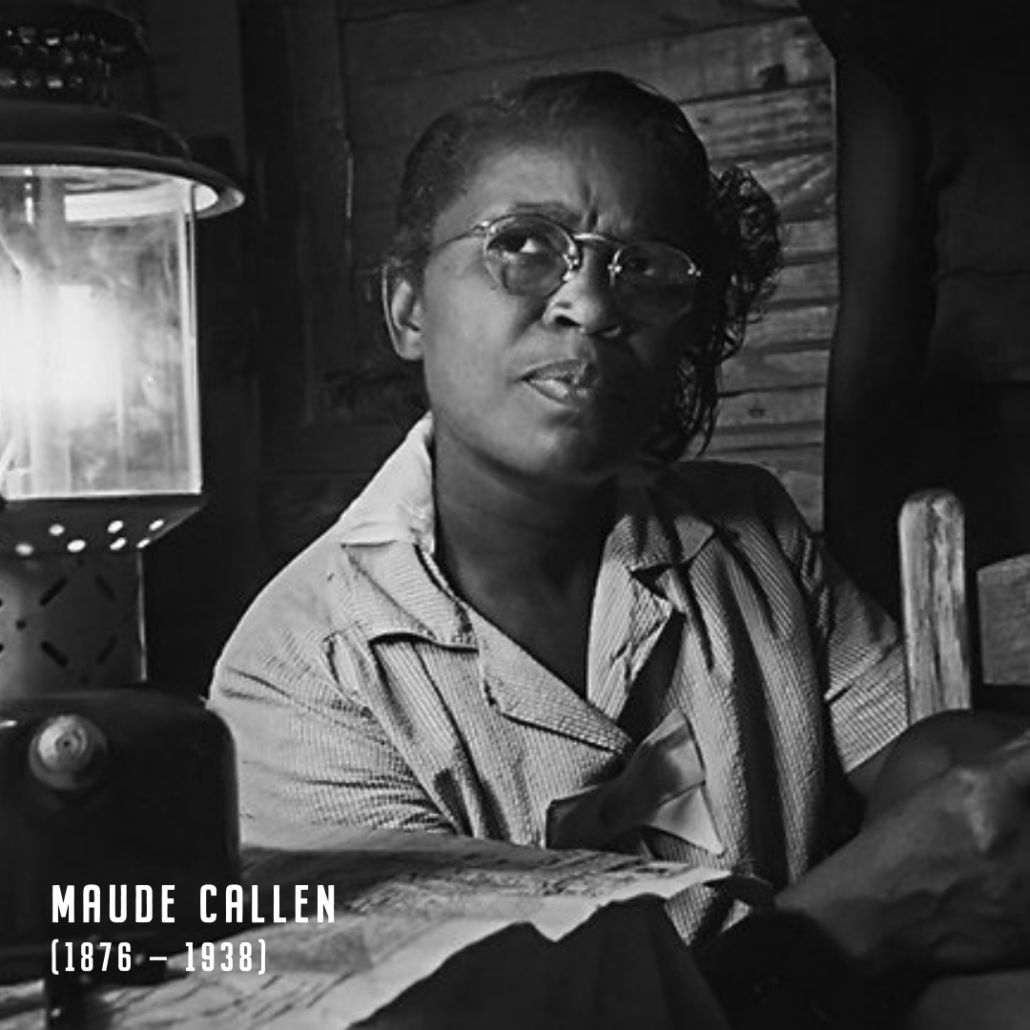 Maude Callen (1898-1990): Maude Callen, known as the “Angel of Twilight” was a nurse and midwife who dedicated her life to helping the poor in rural South Carolina. In 1951, Life magazine published a 12-page profile of her work, detailing her service to the rural poor of her county as doctor, dietitian and psychologist. The article generated more than $20,000 in donations, which she used to open her own health clinic. Throughout her lifetime, Callen delivered between 600-800 babies, trained hundreds of midwives and brought healthcare to thousands. 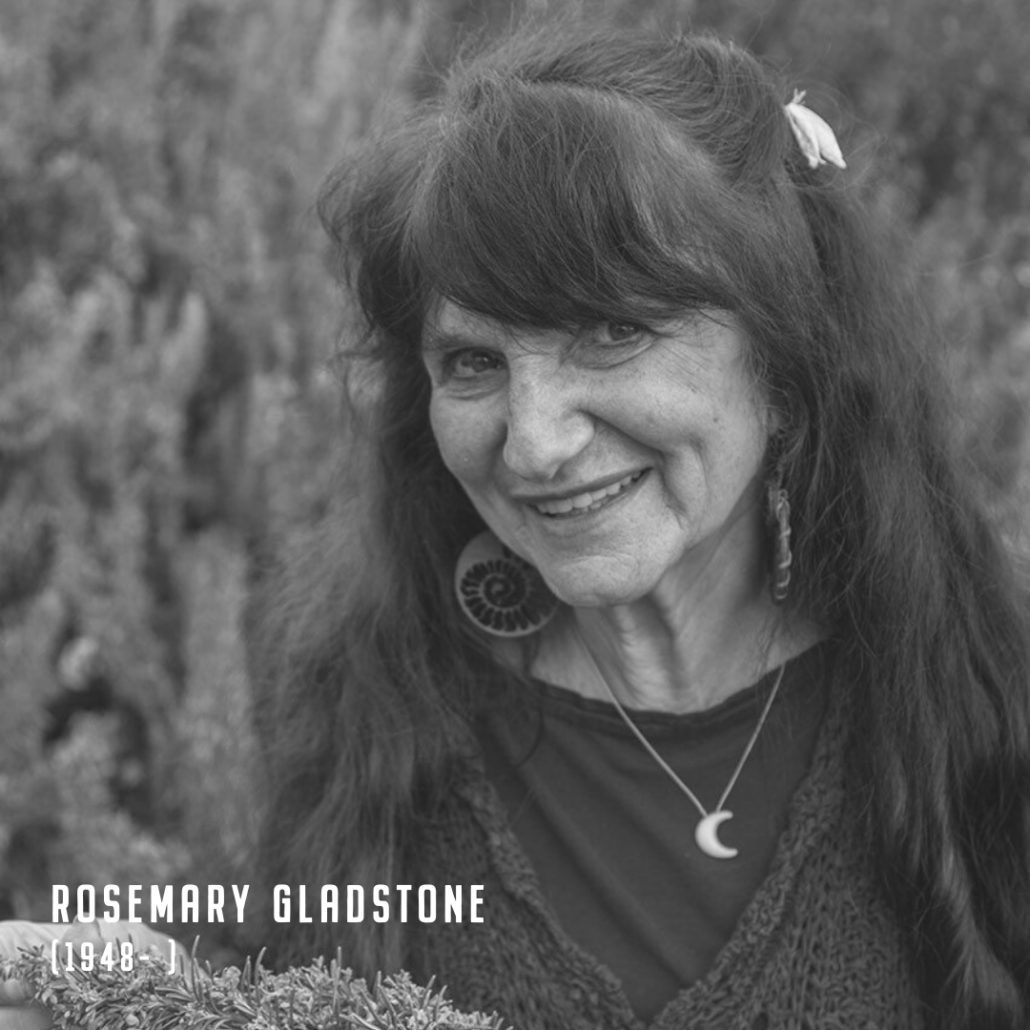 Rosemary Gladstar: Known to many as the “Godmother of American Herbalism,” Rosemary Gladstar is a teacher and author whose efforts helped pioneer an herbal renaissance movement in the 1970s. She is the founder of the California School of Herbal Studies, the oldest running herbalism school in the United States, the International Herb Symposium and co-founder of the Traditional Medicinals tea company. 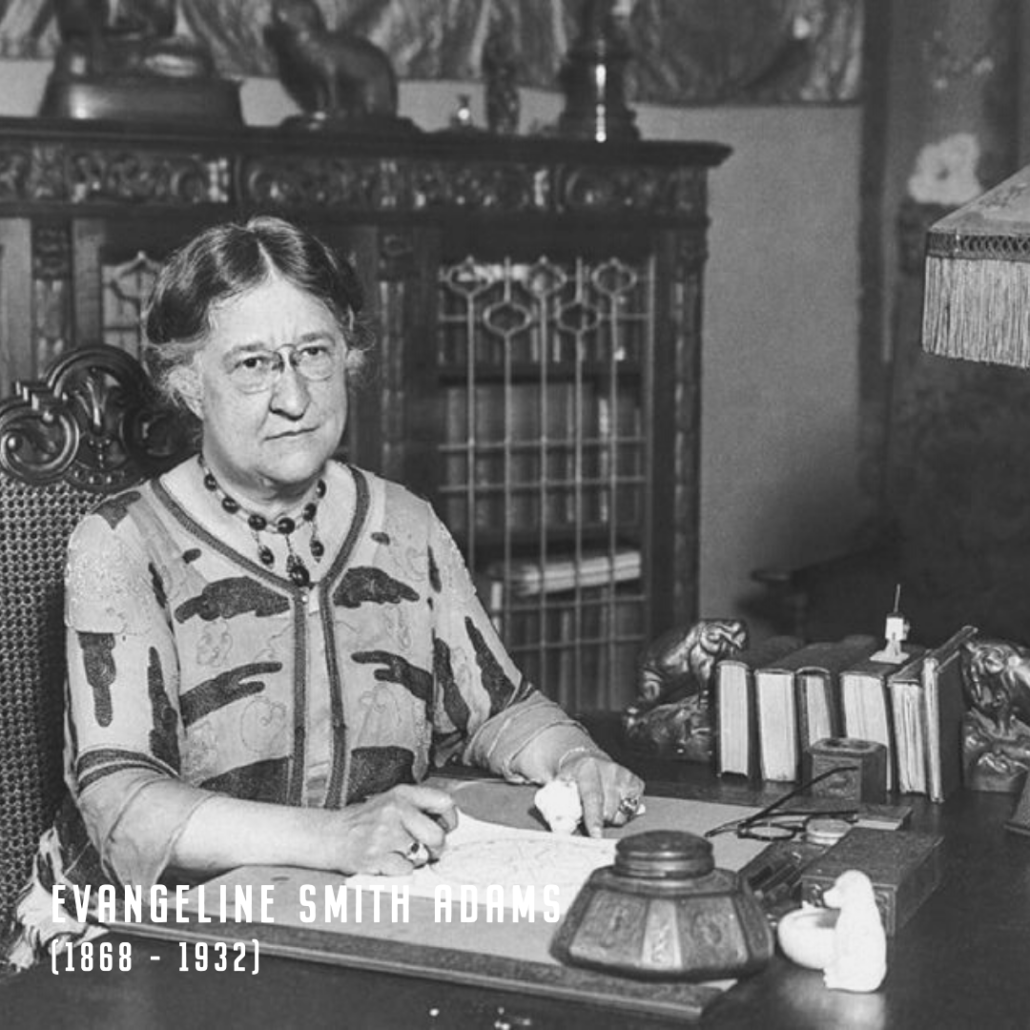 Evangeline Smith Adams (1868-1932): Evangeline Smith Adams was a famous astrologer known for the accuracy of her predictions and making astrology legal in New York. After being arrested in NY for fortune telling, she successfully defended her astrological practice in court and was acquitted, setting a precedent for the non-criminality of professional astrology. 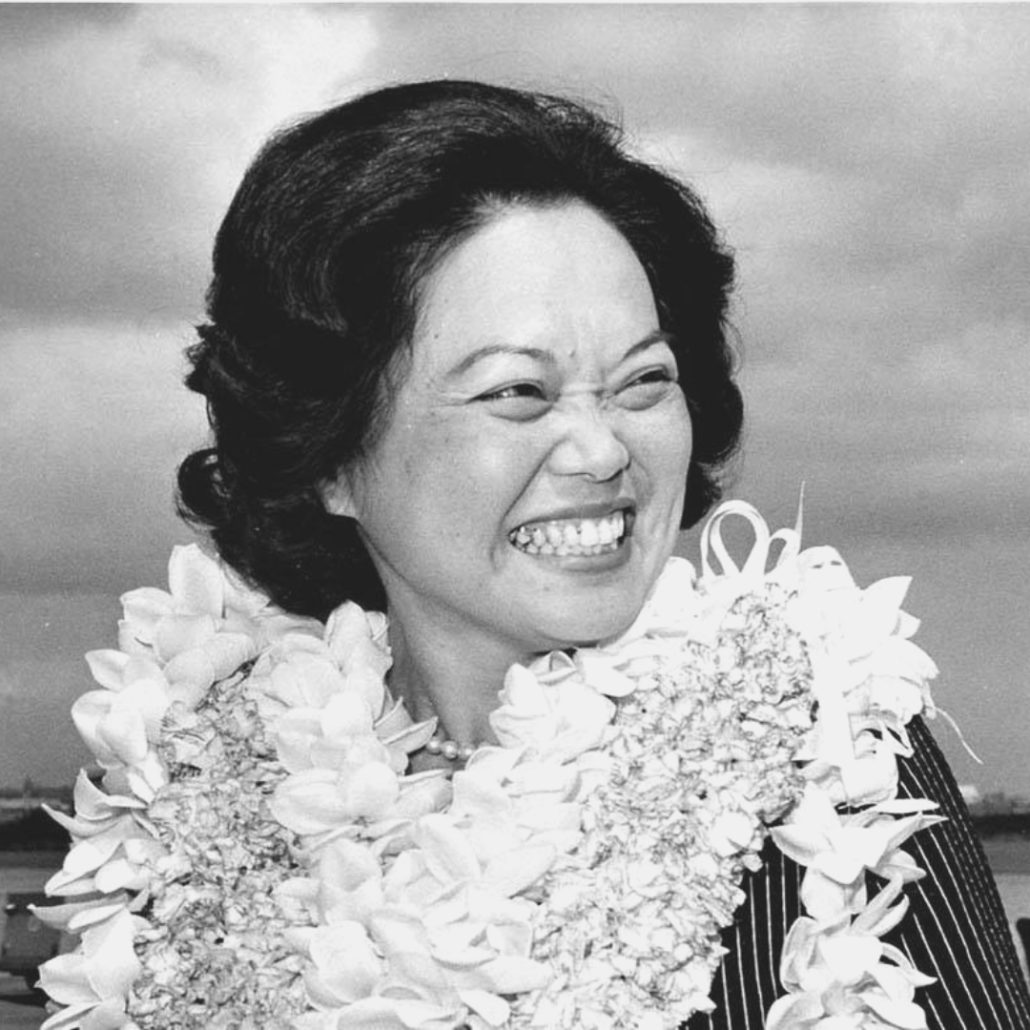