For many, the term Esotericism conjures up images of New Age phenomena and occultism. However, attributing these labels to Western Esotericism is quite misleading. 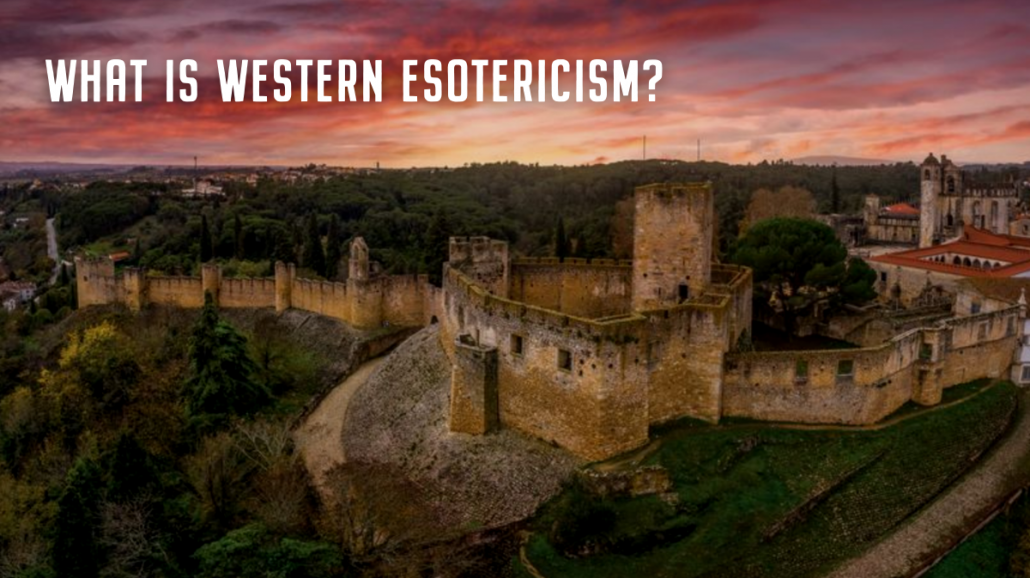 Western esotericism is considered an umbrella term that encompasses so much more than new age phenomena. From the Hellenistic world of the first centuries A.D. to twentieth-century esotericists like Rudolf Steiner, Western Esotericism covers a lot of ground, including Gnosticism, Hermeticism, Kabbalah, theurgy, alchemy, astrology, numerology, palmistry, Platonism, neo-Platonism, Pythagoreanism, Rosicrucianism and Theosophy.

More specifically, Western Esotericism actually refers to the deep hidden spiritual mysteries and meaning found in nature, mythology, mysticism, philosophies and religions of the Western Mystery Traditions and is rooted in the ancient teachings of Greece and Egypt.

In 1992, the French Scholar Antoine Faivre set out to define the complex nature of Western esotericism by creating a set of criteria to define what should or should not fall under the category of Western Esotericism .

According to Faivre, there are six characteristics of esotericism that exist in varying proportions. Four are considered intrinsic characteristics (correspondences; living nature; imagination/mediations; transmutation) in that their presence is regarded as necessary for something to be identified as esoteric. The other two (transmission; concordance) are considered non-intrinsic, but common.
Learn about these six characteristics from the below excerpt from the definitive book, The Western Esoteric Tradition by Nicholas Goodrick-Clarke:

1. Correspondences. The entire realm of nature in all its constituent levels of being (stars, planets, humans, animals, plants, minerals, humors, states of mind, health and disease) are considered to be linked through a series of correspondences or analogies. This connection is not understood causally, but rather symbolically through the ancient idea of the macrocosm (the universe or heavens) being reflected in the microcosm (the constitution of the human being) and expressed in the Hermetic axiom “As above, so below.” These correspondences, essentially expressing the divine origin of all manifestation and its underlying “cousinhood” in a taxonomy of creation, are often veiled but are intended to be deciphered by humans as the seals or signatures of the divine. Thus links, seen and unseen, exist between the seven planets and the seven metals, between the planets and plants and between plants and parts of the human body. Such correspondences between the natural, celestial, and supercelestial worlds provide the theoretical basis of astrology, alchemy and magic and played an important role in Paracelsian medicine. Correspondences also exist between the cosmos, history and revealed texts, giving rise to Jewish and Christian Kabbalah, esoteric biblical exposition, and eighteenth-century forms of “sacred physics.” The universe is conceived as a cosmic hall of mirrors, in which everything finds an analogy or reflection in something else.

2. Living nature. This idea comprehends the cosmos as a complex, plural, hierarchical entity that is continuously animated throughout by a living energy or soul. The idea that nature is alive in all its parts underlies the esoteric conception of the correspondences possessing a vital, responsive connection with one another. In the practice of natural magic (magia naturalis), the magician knows how to exploit the sympathies or antipathies that link herbs, stones and substances, and how to invest talismans with their powers. The idea of living nature is a defining characteristic of Paracelsianism and continues in modern expressions such as German Romantic Naturphilosophie and the vital fluid of Mesmerism.

3. Imagination and meditations. Faivre’s third intrinsic characteristic of esoteric spirituality rehearsed Henry Corbin’s idea of Creative Imagination. Faivre speaks of a “kind of organ of the soul” which can establish a cognitive and visionary relationship with a mesocosm, an independent world of hierarchies and spiritual intermediaries which link the macrocosm and microcosm. This mesocosm is identical with Corbin’s mundus imaginalis, which although drawn from the latter’s study of Islamic spirituality, finds a strong parallel in such Western esoteric figures as Paracelsus, Boehme and Swedenborg. Faivre notes that this idea of mediation also represents a functional difference between mystical and esoteric spirituality. Whereas the mystic typically seeks a direct and immediate unio mystica with God without any intervening images or intermediaries, the esotericist tends to focus on the intermediaries (an- gels, devas, sephiroth, hypostases) that extend up and down the ladder of spiritual ascent as a preferred form of contemplation. Imagination and mediations thus give rise to the rich iconographic imagery of alchemy, theosophy, cosmology and spiritual anatomy that characterize esotericism from the seventeenth century onward.

4. The experience of transmutation. Faivre’s final intrinsic characteristic concerns the inner experience of esoteric spirituality. Esotericism does not simply describe some intellectual or speculative knowledge of the cosmos but rather an understanding that fundamentally transmutes the speculative subject. Just as there is a change of state in alchemy, so there is a change of being as a result of the illuminated knowledge (gnosis) that the esotericist experiences through active imagination and engagement in the mediations between the microcosm and the macrocosm. Corresponding to alchemy’s central metaphors of refinement and purification, illumination offers the experience of transmutation, a change of state and spiritual ascent. By virtue of this revealed knowledge, the human being experiences an inner metamorphosis or “second birth.” To these four essential and necessary characteristics of esotericism, Faivre added two secondary characteristics, often found in association with the preceding four:

5. The practice of concordance. From the end of the fifteenth century onward, an intellectual tendency to establish similarities between various esoteric traditions is marked. The Renaissance esotericists were excited to discover homologies between Neoplatonism, Hermeticism and Kabbalah. Their motivation was not simply a matter of establishing intellectual harmonies, but rather the implication that these traditions sprang from a single, authentic, and divine source of inspiration, thus representing the branches of an ancient theology (prisca theologia). With the advent of comparative religion and knowledge of Asian religions in the nineteenth century, modern Theosophy repeated this project positing an ancient wisdom tradition inspiring all religions and esoteric traditions.

6. Transmission. Many esoteric traditions imply that the full profundity of the teaching can only be passed from master to disciple through an established path of initiation. The validity of the teaching is attested by various forms of certification or authentication bearing on the tradition, lineage and credentials of the group, order, or secret society (as in Rosicrucian orders or Freemasonry), and the process of individual initiation represents the ritualization of the reception of that tradition.

Interested in rediscovering the lost or half-forgotten spiritual history of the west? Click HERE to sign up for more information and updates on the Open Center’s Esoteric Quest and be the first to learn about upcoming lectures, workshops and trips.