It all began one freezing night at Cooper Union in the mythic year of 1984 when our first event, Paul Winter’s premiere of his SunSeeker album, launched our public programs. It was a night to remember. A packed house roared its support for this fledgling initiative that seemed finally to be bringing the Big Apple its own holistic learning center dedicated to attracting the finest teachers and teachings from all over America and the world.

Back in those days, the holistic perspective on life was considered a distinctly fringe phenomenon and the chances of success for this handful of people seemed slim. Yet here we are all these years later and holistic ideas and practices – from yoga to mindfulness to green energy to natural foods, to name but a few – are almost everywhere. The change has been subtle and was too gradual to attract the attention of most of the mainstream press. But it is real nonetheless.

Slowly and steadily, The Open Center, and many other institutions worldwide with similar commitments, has worked to bring a new and sustainable worldview into focus, one that places the emphasis on holistic, ecological and spiritual values rather than the outdated and ultimately fatal obsession with endless economic growth, materialism and consumerism.

What has it been like to experience these changes and to be at the heart of the holistic ‘movement’ in the world’s most influential city? It has been largely a moving and inspiring experience mixed, to be candid, with elements of frustration and stress. It has been a delight to see so many of the practices pioneered by the Open Center make their way into the heart of the culture, and to witness so many of our early presenters go from obscurity to celebrity. It has also been an ongoing challenge, as a non-profit, to muster the financial resources and support to maintain our momentum.

Walter Beebe and I, the co-founders of The Open Center, came from radically different backgrounds. Walter had been a Wall Street lawyer while I, originally from the UK, had explored many alternative cultures, spiritual paths, and ideas. Together we had what it took to launch the Center with expertise in multiple fields from programming to real estate. We were joined by the irrepressible Sandy Levine, the Center’s golden and warm heart, with her loving and optimistic ways.

The Open Center took off like a rocket, propelled into the spiritual vacuum of New York in the Eighties with its longing for soul, authenticity and holy wisdom from many sources. What a privilege it has been to be given the gift of contributing to the well-being and transformation of consciousness of many thousands of people – to bring light into our often dark and crazy world.

A third of a century spent working with and developing the Open Center leaves me with a sense of gratitude. That small band of characters who have stuck with it from the launch to the present have had an extraordinary ride. The thousands of programs we have created have educated us in ways no university could have done. The wisdom traditions from all over the planet have pointed us toward sagacity. And above all we have experienced the deep satisfaction of bringing positive change to so many people’s lives – often people who may have felt alone or isolated in their holistic and philosophical interests before they found the Open Center.

Today we offer trainings and conferences in all kinds of professional areas, as well as the workshops for personal and spiritual growth that were the essence of our original offerings. There are now jobs to be had in numerous holistic fields, and we no longer run shouting with glee to our colleagues, as we did in the 90’s, that the word ‘holistic’ appeared in the seventh paragraph on page 27 of The New York Times.

It has been a long journey, a lifetime in some ways, in which many gifted individuals over the years have formed a changing but effective team at the Open Center. Hundreds of modestly remunerated but devoted staff have believed in the importance of our mission, and poured their idealism and practicality into serving others, with grace and charm.

So we are left with a mix of wonder and thanks – that the transformation of individuals and culture to which we are committed goes on quietly and steadily. We remain devoted to a green, just and multicultural world in which individuals can awaken to their true natures and foster love and freedom throughout the planet. After 36 years, the ideals with which we began remain as relevant and necessary as ever! 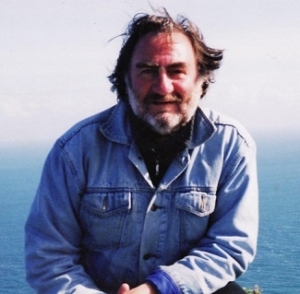 Esoteric Quest: A Virtual Exploration of the Spiritual History of the West
October 23-27, 2020
Click HERE for more info.

is co-founder of the New York Open Center and currently serves as Senior Fellow and Conference Director. Since the Open Center’s inception in 1984 he has created hundreds of programs across the spectrum of holistic learning.