Meet Demitra Vassiliadis who has been a practicing astrologer for 25 years in NYC. Her services include: natal chart, solar return and synastry readings, as well as electional astrology.

How did you become interested in this line of work? (Tell us a little about your background)

I am half Greek and half Irish, and was raised in a household where Greek mythology and the Greek pantheon ie Zeus, Athena, Apollo, Aphrodite, Poseidon and the others were often referenced by my father. I was always fascinated by them. In Greek school we had a Greek mythology book that I was obsessed with. I remember telling a second Avenue bus driver the story of Phathon driving Helios ( his father’s sun chariot and losing control of the Sun).

By pre teen years my room was adorned with astrology posters. At around 18 my Irish mother had someone read my chart and I was sent the recording. By that time I was reading astrology books that I bought at St. Marks Place book shops. When I went to RISD I worked at a vintage clothing store for a woman who was deeply steeped in Astrology. We read and spoke constantly about it. At the time I was reading a lot of Liz Greene and Howard Sasportas. I had two readings with local professional astrologers and it was a serious awakening for me so I began reading obsessively, attending lectures and learning how to draw up charts. My film degree project was interviewing local astrologers but the footage got ruined so I had to quickly shift gears.

I continued my obsession reading, attending lectures and studying charts. I remember a great Robert Hand lecture down in Soho at The Open Center’s old location back in the day. People began asking me to read their charts, so I did. Finally I began charging for my services because the time commitment required compensation. Then I began lecturing, first at New Age Health Spa, which sadly closed during the crash, but at many other locations and found that I love speaking about astrology and love using the heavens as a foundation for many inspirational subjects.

I have been a speaker, or led ceremony at New Age Health Spa, The Open Center, ABC Carpet and Home Deepak Homebase, The Assemblage, The Newswomen’s Club of NY, The Greenwich Water Club, Instituto Xilonen and other places.

Please share a wellness tip or a word of advice that relates to the workshop you will be presenting:

Astrology is inherently healing to the mind and spirit, in its capacity to heal alienation that results from the dead matter model of materialist science. Astrology invites us back into the ensouled Universe filled with meaning and purpose. Astrology posits that we are here by Design, each of us with unique talents and abilities that we are here to share with the waiting world. This world view invites us to step into the conscious living cosmos and embrace the heroes journey that we are each on. To me, this is immediately healing and empowering.

What or who inspires you?

At the moment the movie, documentary, Finding Joe about the many manifestations of the heroes journey. I am finding this to be most relevant to the current astrological climate. Also the poetry of Rumi always lights me up and the boot by Roberto Calasso, called The Marriage of Cadmus and Harmony is one of the most insightful inspiring books on Greek mythology that I have ever read. I go back to it again and again.

What personal or professional accomplishments are you most proud of?

On the personal front I care gave both parents and was with them at home along with hospice her when they passed. I took care of my mom for a year when she was a cancer patient and took care of my dad the following 4 years till he died peacefully at home at the age of 97. The 4 years were at times a heavy lift but I feel so glad that I was able to do this for him, and it taught me a lot about myself (both strengths and weaknesses).

Professionally some of my greatest accomplishments have been readings that I know were on the mark and provided insight and elevation to the client. I also have loved leading ceremony, at The Open Center and other places, and feel it is crucial to regaining our soulful sanity as a culture. Most recently I have been filmed by Instituto Xilonen and have loved the footage and the ability to reach thousands of people at one time. The videos were widely viewed and well received and I overcame camera shyness. I now love doing these videos! 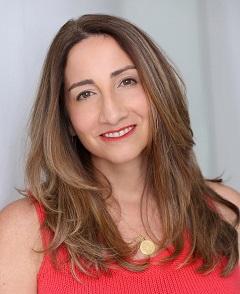 Demitra Vassiliadis has been a practicing astrologer for 25 years in NYC. Her services include: natal chart, solar return and synastry readings, as well as electional astrology. Demitra teaches at several holistic centers, including: Deepak Chopra’s Homebase at ABC Carpet, SunRaven Wellness Centers, Omega Institute, New Age Health Spa and she was the house astrologer for the Monteverde Inn & Spa.