Meet Andrew Appel who has been studying the potential of various healing modalities since 1994 and has worked with thousands of people and many gifted healers from around the world.

How did you become interested in this line of work? (tell us a little bit about your background)

When I was in my early 20’s, I learned that I had some healing ability. Over time, I would come to learn that we all have these abilities, perhaps to varying degrees, just like any other ability (athletic, musical, etc.). Several years ago, I came across the idea of “group healing,” whereby healing energies could be pooled in a group to create something greater than the sum of its parts. I then began to study the mechanics of group healing for several years, and in 2016, we began the NYC Healing Circle, where we hosted around 150 live group healing events.

In 2020, the pandemic moved us online, and somewhat to our initial surprise, the process seemed to work this way as well, likely due to what is known in quantum physics as non-locality or action at a distance. We then began Collective Online Healing®, and over the past year or so have offered many events online, likely over 100 or 150, as we can do them much more frequently online, although I have not been counting.

Please share a wellness tip or word of advice that relates to the workshop you will be presenting.

Forgiveness, acceptance, and Love are muscles. The more we use them, the stronger they will get. We also have several explanations and resources on our website that people can take a look at – as well as a few podcasts that explain our process in more detail: https://collectiveonlinehealing.com/resources

What or who inspires you? (This could be anything from your mentor to your favorite quote)
Dr. Joe Dispenza’s work has been particularly inspiring to me over the past couple of years, especially his research into brain wave states and how they relate to healing.

What personal or professional accomplishments are you most proud of?

I have done many different things in my life, but I would say that helping to create and facilitate our healing circle is what I am most proud of. For more information please visit www.CollectiveOnlineHealing.com 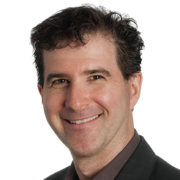 Collective Online Healing is not about any one person, it is about all of us working together, but it had to be started by someone. Andrew Appel has been studying the potential of various healing modalities since 1994 and has worked with thousands of people and many gifted healers from around the world during that time. MORE