In an 8-year study of 68,222 adults published in the British Medical Journal, researchers found that even mild anxiety produces a 20 percent greater risk of death (Russ et al., 2012). The very skill of looking for the bad stuff and ignoring the good stuff—is killing us today.

Thoughts become things. This is manifestly true. I am sitting on a chair right now. It began as a thought in someone’s mind—every detail of it. The frame, the fabric, the curves, the color.

My book, Mind to Matter: The Astonishing Science of How Your Brain Creates Material Reality, explores a wide middle ground in thoughts become things and the ways in which thoughts can never be things.

That’s the double bind in which we live. Our inner critics give us hell regardless of which choice we make. Many of us are trapped on a similar hamster wheel of endlessly repetitive negative thoughts.

A study of psychologically normal people found that they had about 4,000 distinct thoughts each day. Of those, between 22 percent and 31 percent were unwanted and uncontrollable intrusive thoughts, while 96 percent of them were repetitive thoughts about daily activities (Klinger, 1996). The Cleveland Clinic’s Wellness Program says that 95 percent of our thoughts are repetitive and 80 percent of them are negative.

Most of us are trapped in the cycle of negative thinking, with no idea how to escape. But why did our huge and complex brains evolve to work that way? 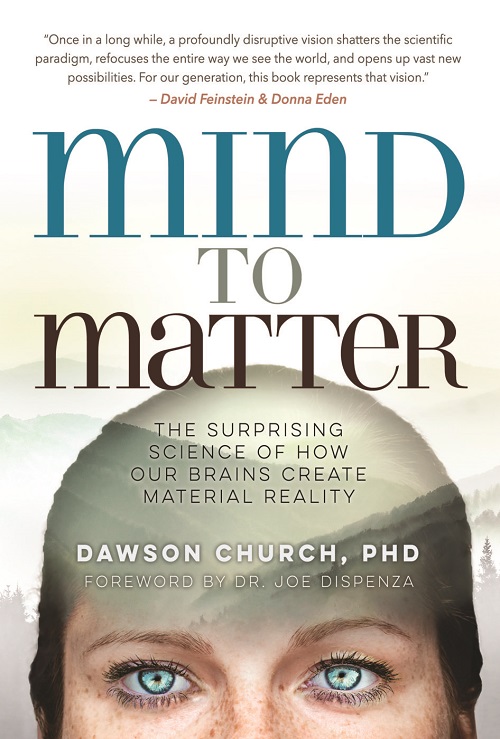 The Evolutionary Value of Negative Thinking

The brain is designed to default to beta brain waves under survival conditions. Beta is the signature brain wave of fear. Fear was what kept our ancestors alive.

The more stressed people become, the higher the amplitude of the beta their brains produce. Negative emotions such as anger, fear, blame, guilt and shame shut down the regions of rational thinking, decision making and memory.

The thinking brain, aka alpha, is reduced by 80 percent. This is your optimal state of relaxed alertness that is being lost!

The evolutionary mechanism that identified the tiger springs into action. A parade of paper tigers flows through our minds. We start thinking thoughts like this:

* Is this the day that report is due on my boss’s desk? Or is it next week?
* What will I have for breakfast? Will it make me fat?
* Did I hear my husband snoring last night?
* What kind of mood are my kids in today? Will they make my life miserable?
* I don’t think the shoes I was planning to wear today are right for my outfit.
* Did we run out of coffee?
* I need to catch up on that disaster I watched on the news last night.
* What’s the weather like?
* If Jane didn’t leave a comment on my Facebook post, I’m going to be mad.
* How much red is there in the commuter lane on Google Maps?

Once you wake up, your brain starts to drive you crazy with worry. Yet this is exactly what our brains evolved to do.

Our minds have become a major threat to our survival.

As stress takes a toll on our brain and body, EFT (Emotional Freedom Technique workshops have demonstrated impressive results. EFT tapping is a physical exercise that’s sends safety to the brain and mind. After a one-day EFT tapping workshop working with chiropractors, nurses, psychotherapists, doctors or alternative practitioners, levels of psychological distress dropped an average of 45 percent in the course of the day.

After six months, those who had kept tapping had the lowest stress levels. It takes a powerful psycho-spiritual tool like EFT to break the looping mental patterns.

As I watched clients sigh and relax after EFT tapping sessions, I wondered what might be happening invisibly, inside their bodies, to their stress hormones. To answer this research question, I designed a study to examine their cortisol levels. With colleagues from the California Pacific Medical Center and the University of Arizona, I conducted the first study that examined psychological conditions such as anxiety and depression as well as cortisol levels before and after EFT (Church, Yount, & Brooks, 2012).

The results were striking.

Psychological symptoms such as anxiety and depression declined in the talk therapy and rest groups, but they dropped more than twice as much in the EFT group. Cortisol dropped by 24 percent, showing that EFT was having an effect inside the body.

While an hour of EFT had reduced cortisol by 24 percent in the previous study, five days of tapping was associated with an even bigger stress-reduction effect. Participant pain dropped by 57 percent, while happiness increased by 31 percent. When we reassessed psychological symptoms six months later, most of the improvements had held.

Tapping and meditation dial down stress. Stress isn’t like a light switch, either on or off. It’s like a dimmer switch, getting brighter or darker. When we relax, this nudges our cortisol levels and beta brain waves lower.

EFT tapping studies showed that anxiety, depression, and phobias could be healed a decade before they showed how these conditions were being healed (cortisol reduction, brain coherence, gene expression). Medicine knew that aspirin cured pain a century before it understood how. That penicillin killed bacteria was discovered more than 30 years before science understood how it worked.

Putting It into Practice Beyond EFT

In my own life, I find it easy to get sucked into the conventional view that “facts are facts” and that the outside world just is the way it is.

To correct this tendency, I practice framing my experiences, good or bad, in ways that support my goals. When I’m acting with awareness, I use my mind to create and maintain a “reality field” that is congruent with what I want.

Think deliberately. Use this remarkable gift of consciousness to direct your thoughts rather than being pushed around by reality. Even adverse circumstances can propel us to greatness if we’ve mastered our minds, deliberately filling them with love and purpose rather than doubt and fear.

A coherent mind has the power of a laser, able to cut through steel. Consciousness, holding an elevated reality, organizes our neural pathways. It brings our brain waves into coherence, along with our hearts and every other system in our bodies. It rewires our neural networks. In this state, we’re able to operate at levels that transcend the known laws of physics.

We then join naturally together with other people, aligning with the large social energy fields of positive resonance.

Cultivating coherent local mind starts with aligning our consciousness with the fields of love and creativity. That’s why meditating first thing in the morning, while your brain is in an alpha state, before beta kicks in, is so effective. Trying to quiet the mind after the floodgates of thought have already opened is hard. Extending the alpha state you’ve been in when your eyes were closed during sleep is much easier.

Optimists have half the mortality rate of pessimists, and lowering your stress can add 10 years to your life.

Activities to practice this week:

By thinking clearly about your problems, you focus on your goals, your imagination is unlocked and your creativity soars. That’s the power of a coherent mind.

Learn more by taking charge of your individual power to create and to transform our whole world – Mind into Matter: Astonishing Science of How Your Brain Creates Material Reality. 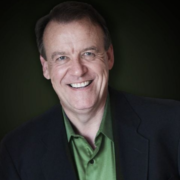 Dawson Church, PhD, a prolific, award-winning author of many books on health, psychology and spirituality, including The Genie in Your Genes, is the CEO of Energy Psychology Press, a professional trainer in Emotional Freedom Technique (EFT), and founder/director of the National Institute for Integrative Healthcare (www.niih.org), dedicated to research into consciousness and energy as primary healthcare modalities.