Mirrors reflect the truth of what strikes their surface. The eyes of a dying patient are the clearest mirrors I have ever known. In their gaze, there is simply no place to hide. Over the years, the habits of my life have been reflected in those eyes. 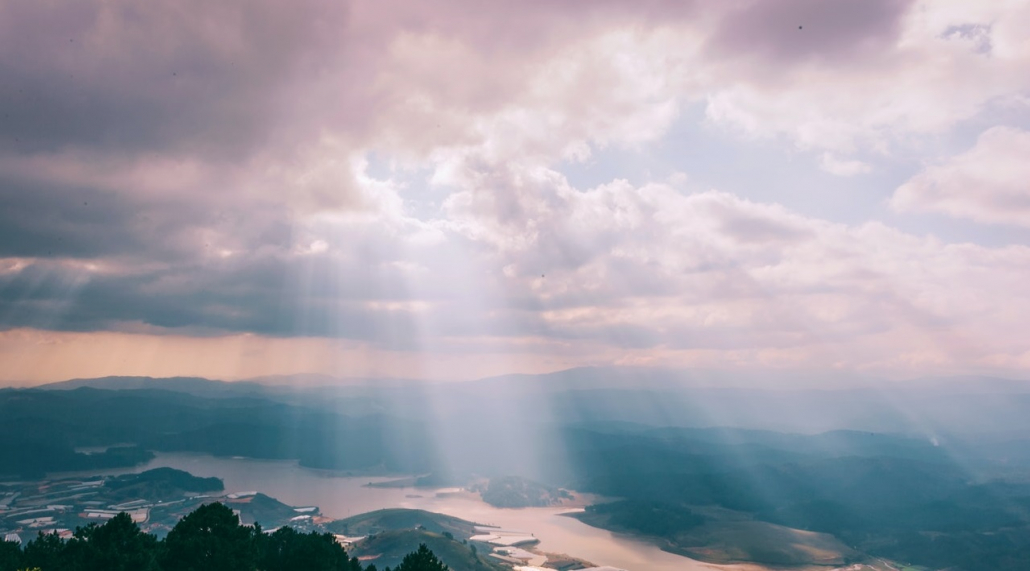 Once while washing the back of a hospice patient named Joe he turned toward me and said, “I never thought it would be like this.” I asked what he had thought it might be like. He answered, “I guess I never really thought about it.” Death had taken him by surprise. Perhaps we are not so different.

In the sacred, Hindu epic poem the Mahabharata there is a question that speaks to this tendency. “In all of the worlds what is most wondrous?” The answer that is given is; “That no man no woman though they see people dying all around them believes it will happen to them.”

We make an enormous effort to keep death at arms-length. We spend more than 50% of our healthcare dollars in the final six months of life, literally throwing money at death. We shut away our elders in nursing homes to avoid confronting their pain and our destiny. We have a multi-billion-dollar cosmetics industry that tries to keep us all looking young. We even put rouge on people in the coffin.

Death is the fulcrum issue of our life and yet we can barely use the word. People don’t die they “pass away” or they “expire” like credit cards. We make plans for all sorts of activities; when to get married, the number of children we will have, where to go on vacation, which career moves to make or how we will spend our retirement—all of which may never happen. But death, the one event that is certain to occur, barely receives a sidelong glance.

Dying is at its heart a sacred act; it is itself a time, a space, and process of surrender and transformation. The sacred is not separate or different from all things, but rather hidden in all things. Dying is an opportunity to uncover what is hidden.

Walking the gauntlet of thirty beds on the long single hospice ward at Laguna Honda Hospital, I noticed Isaiah out of the corner of my eye. An African-American man raised in Mississippi, Isaiah was actively dying. His breathing was labored, and he was sweating up a storm. I sat down next to him.

“You look like you’re working really hard,” I said.

Isaiah raised his arm, pointed to the distance, and said, “Just gotta get there.”

“I forgot my glasses. I can’t see that far in the distance. Tell me what you see.”

Isaiah described a bright green pasture and a long hill leading to a grassy plateau.

He grabbed my hand tight, and Isaiah and I started climbing together. His breathing got shorter, and he perspired more with every step. It was a long walk. Not an easy one.

He described a one-room red schoolhouse with three steps leading up to a door.

My training informed me that Isaiah was disoriented to time and location. I could have told the old man that his visions were likely being caused by brain metastasis and morphine. I could have reminded him that we were in a ward at Laguna Honda Hospital. But that was only true on the most superficial level.

The deeper truth was that we were walking to a little red schoolhouse.

The great spiritual and religious traditions have any number of names for the unnamable: the Absolute, God, Buddha Nature, True Self. All these names are too small. In fact, all names are too small. They are fingers pointing at the moon. I invite you to connect with what you know and trust most in your heart of hearts.

I use the simple term Being to point at that which is deeper and more expansive than our personalities. At the heart of all spiritual teachings is the understanding that this Being is our most fundamental and benevolent nature. Our normal sense of self, our usual way of experiencing life, is learned. The conditioning that occurs as we grow and develop can obscure our innate goodness.

Some part of us, deep in our hearts has known this truth. If not, we would not long for a return to it. And this part of our being knows that we will never be satisfied until our whole being is immersed in this oneness.

Frank Ostaseski is an internationally respected Buddhist teacher and visionary cofounder of the Zen Hospice Project, and founder of the Metta Institute. He has lectured at Harvard Medical School, the Mayo Clinic, Google and teaches at major spiritual centers around the globe. Frank is the 2018 recipient of the prestigious Humanities Award from the American Academy of Hospice and Palliative Medicine. MORE