By Ralph White, Open Center Co-Founder
In putting together this short history of The Open Center I found multiple emotions rising to the surface in my psyche. First, as I looked at photos from the early Open Center on Spring St. in Soho, our home for the first 25 years, I found myself filled with memories of the warmth, community, joy and creativity that characterized the early years. I experienced many feelings of affection and love toward former staff members who dedicated important years of their lives to serving the mission of the Center but have since moved away. And, of course, there are deeply poignant feelings for those who have died in the course of the Center’s 36 years of existence.

I recalled feelings of intense joy as The Open Center took off and was greeted with such warmth from New Yorkers. I felt, too, the creative juices that flowed through the staff as we took on the substantial challenge of pioneering so many holistic ideas, practices and initiatives in New York back in the 80s when so much of this material was considered flakey and ungrounded.

You can’t look back on 36 years without a mix of delight and an element of sorrow. Sorrow for those lost, wonderful initiatives that were not followed through on for multiple reasons, mostly financial stress. And of course it’s touching, even inspiring, to think how a more holistic, ecological and spiritual consciousness has permeated our culture in ways we could barely have hoped for all those years ago. Meditation is no longer considered a fancy word for sleep, complementary medicine is no longer dismissed as snake oil, the need for a greener, more sustainable world is undeniable and countless people embrace paths to personal growth and wellness. So it feels very satisfying to know that The Open Center did so much to bring these things into the heart of the world’s most influential city. 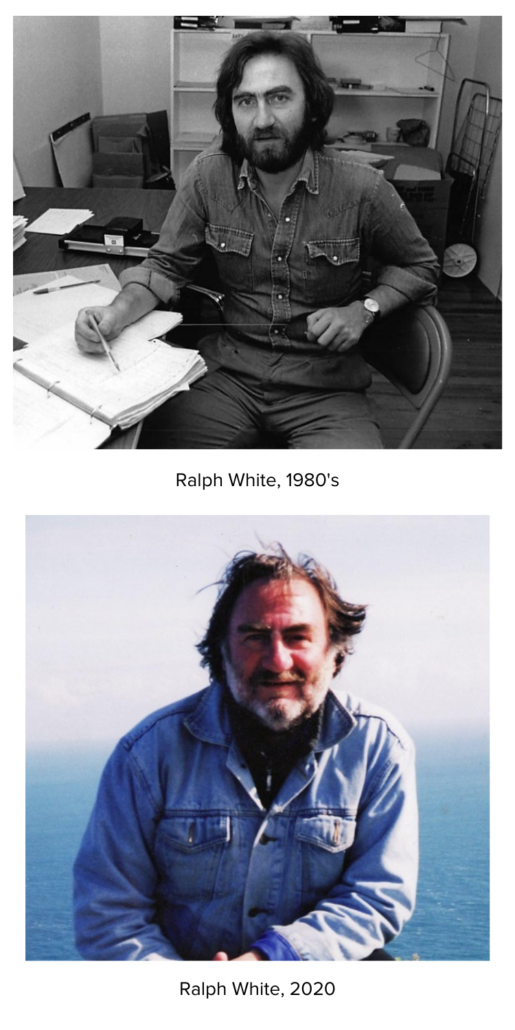 So I finish this short history with a predominant feeling of pride and satisfaction at what has been accomplished. But also a poignant sense of avenues that could have been pursued further and an awareness of the enormous task that still awaits us as we work for a healthier, more conscious, more multicultural and more green world.

Please enjoy the history below and perhaps you will share some of my feeling of gratitude for the dedication and commitment of many that has made this ongoing work possible.

An Open Center History in 12 Parts

1. Our first event at Cooper Union, January 13th, 1984, attended by 800 people.
A huge wave of gratitude from the New York public that a substantive center for holistic learning was finally established in the city. Co-founders Walter Beebe and Ralph White came from radically different backgrounds. Walter was a partner in a New York law firm with an expanding interest in personal growth; Ralph had been on an existential and spiritual quest in many parts of the world and had been program director of Omega Institute. 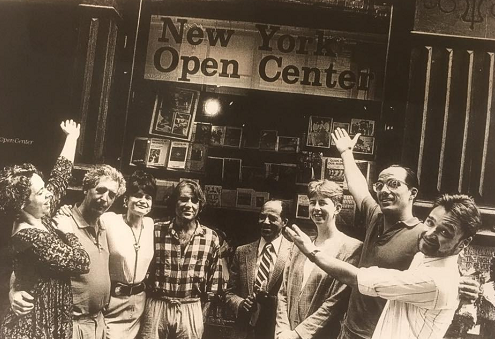 2. Moved into 83 Spring St, Soho, April 1984, at the corner of Crosby St.
Spring Street, east of Broadway, was pitch black at night in the freezing winter of ‘84 and the Center was virtually the only building lit up after dark south of Houston Street. Our first evening course drew double figures and was on Modern Masters – Jung, Steiner, Aurobindo, Gandhi, Buber.

3. The First of The Open Center’s Major Conferences, 1985 & 1986
The first Open Center conferences take place; one on the Destruction of the Rain Forests and one on Socially Responsible Investing. We began to add these deep thematic events to our core subjects of the body, wellness, inner development, spiritual practice, the arts and creativity and social and ecological transformation.

4. 1986 to 1989
Ground-breaking conferences on such topics as The New Paradigm and Green Politics with multiple eminent presenters. We bring in speakers from Europe like R.D. Laing and Colin Wilson who had not visited the States in years. Our core faculty consists of presenters like Robert Bly, Jacob Needleman, Fritjof Capra who come to speak from all over the continent and beyond. The Open Center establishes its reputation as the leading urban center of holistic learning in America.

5. 1990
The Center develops its multicultural aspects. As New York is a world city, we always felt our work was to offer a full spectrum of spiritual paths and cultural events that reflected the city’s diversity. Programs not just bridging East and West, but also North and South. We become increasingly aware of ourselves as part of a global network of centers pointing toward a more holistic, ecological and spiritual worldview as a necessity for a more sustainable society.

6. 1991 to 1995
April – The first Art of Dying conference, co-sponsored with Tibet House, is held, dealing with spiritual, scientific and practical approaches to living and dying. 700 participants attend the midtown event.

We celebrate the launch of The Open Center’s Lapis Magazine, which went on to win the Alternative Press Award 2000 from Utne Reader. 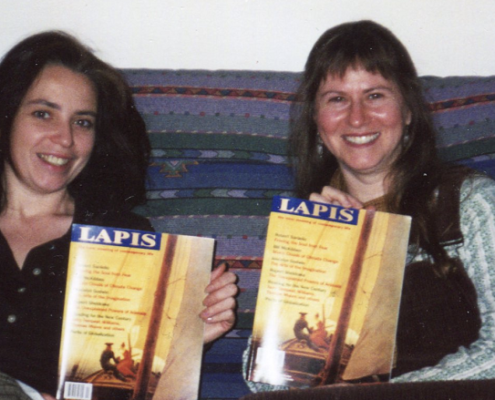 Garden Associates, an arm of The Open Center, works to support emerging holistic centers in post-communist Eastern Europe. Ralph White leads our work with early holistic centers that are beginning to emerge in Warsaw, Moscow, the Czech Republic and Croatia. Workshops were taught to scores of participants from all corners of the former Soviet Union and Eastern Europe on how to start and develop a center of holistic or ecological learning.
7. 1996 to 1999
The Center offers holistic practices pro bono through its In-Reach Program to the city’s underserved communities by bringing meditation, bodywork, stress reduction and more to the poor, homeless, elderly and imprisoned.
We hold our first annual gala at the United Nations in which we honor Robert Bly, Jon Kabat-Zinn, Marion Woodman and Ram Dass.

Voluntary Simplicity conferences are held, focused on moving toward a sustainable way of living.

We hold conferences on Psyche, Spirit and Addiction at Union Theological Seminary.

The Esoteric Quest and Art of Dying conferences continue in New York and in Europe.

8. 2000
As holistic ideas and practices become more mainstream, we begin to offer long-term and professional trainings in integrative therapy, Feng Shui, coaching, mind-body practices and more. We, and our fellow holistic pioneers, are beginning to impact the culture significantly and jobs can be found in fields previously considered too fringe or far out.

The third Art of Dying conference takes place with 900 participants at the Marriott, World Trade Center.

We host the fourth Esoteric Quest conference, focused on the Italian Renaissance and the Esoteric Traditions in Florence. 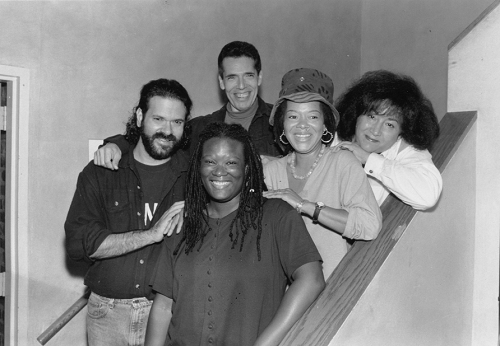 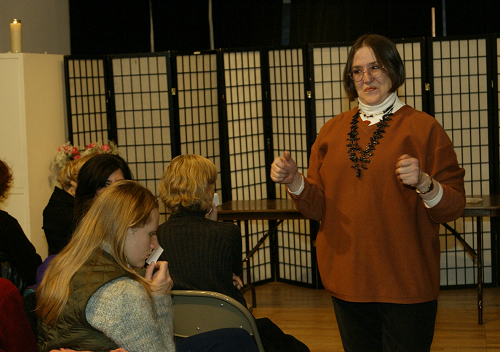 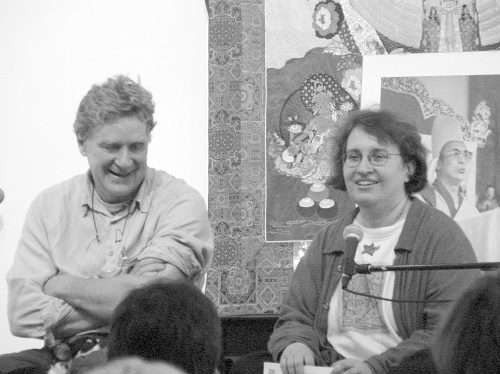 9. 2001 – 2010
A strong sense of community between staff, faculty, members, participants and neighbors develops downtown. The Open Center’s reputation grows nationally and internationally as we create more major events. People in increasing numbers are awakening to the need for a future less locked into consumerism and materialism. Words like organic, green, sustainable, natural and wellness begin to proliferate.

2001 – Technology and Globalization: A Marriage Made in Heaven or Hell, our conference at Hunter College, co-sponsored with the International Forum on Globalization, is held and draws more than 1600 participants.

2001 – 2006 – We proudly offer multiple programs working with the African American and Latino communities on culture, spirituality, healing and traditional wisdom.

2005 – Examining the Real Agenda of the Religious Far Right, a conference co-sponsored with CUNY Graduate Center is attended by more than 600 participants.

2006 – Indigenous Peoples’ Resistance to Economic Globalization: A Celebration of Victories, Rights and Culture is co-sponsored with the International Forum on Globalization and held at Cooper Union.

2006 – 2012 – The Open Center Show on WBAI 99.5 FM, hosted by Aracely Brown and Ralph White, addresses fresh holistic ideas and practices and their integration into society.

2007 – An Esoteric Quest for the Golden Age of Andalusia: Sufis, Kabbalists and Christian Philosophers takes place in Medieval Spain.

2008 – An Esoteric Quest for the Mysteries of Antiquity on the Isle of Samothrace, Greece is held, co-sponsored with the Prefecture of the Province of Evros.

10. 2009 – 2011
We leave Spring Street in Soho after 25 years and move to a larger space at 22 East 30th St in midtown Manhattan near Madison Avenue. We begin to adjust to a new building and new neighborhood. Fortunately, most of our clientele comes with us. 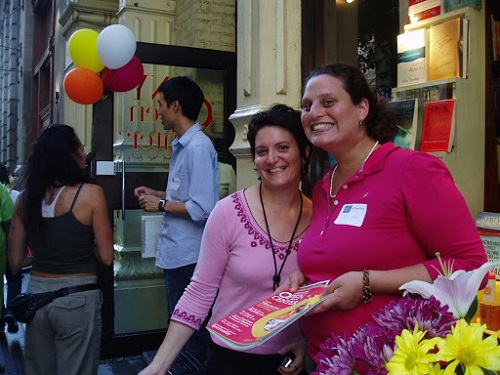 An Esoteric Quest for Ancient Alexandria: Birthplace of the Western Mind takes place, co-sponsored with the Library of Alexandria, Egypt.

11. 2012
We develop an art gallery, wellness services, a café and more professional trainings in fields such as Integrative Thanatology and Sound and Music Therapy. We establish an Art of Dying Institute growing out of our decades of work in this profound and necessary area.

12. March 2020
The Open Center goes entirely online for the duration of the pandemic and becomes the only national holistic center to stay functional at 80% capacity on zoom. We discover to our delight that it is perfectly possible to offer sophisticated, multi-dimensional conferences online to both local and international audiences. Our goal during this liminal period is to build our national and international audience so that we become a truly hybrid organization, mixing in-person and on-line programs when the time is right.

We celebrate the 25th anniversaries of the Art of Dying and Esoteric Quest conferences.